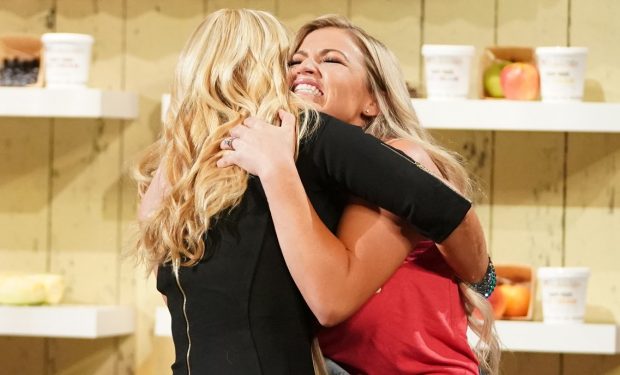 Katey Evans, a former beauty queen from Bridgeville, Delaware, “trades in her crown for overalls as she turns one of the biggest issues in farming into a delicious business opportunity.” She pitched The Frozen Farmer, her homemade ice cream and sorbet made with ingredients from her third generation family farm, on Shark Tank.

Evans accepted an offer from Lori Greiner (Queen of QVC): $125,000 in exchange for 30 percent equity with the contingency that she could land a deal with a major national grocery chain.

Evans reports that the company is now “working with a Maryland co-packer to help scale the business.”  [Related: 27 Favorite ‘Shark Tank’ Products at Amazon]

And in June, The Frozen Farmer announced that they are now able to ship seven favorite flavors — including vanilla, chocolate, cookies and cream, butter pecan and cake batter — online and NATIONWIDE!