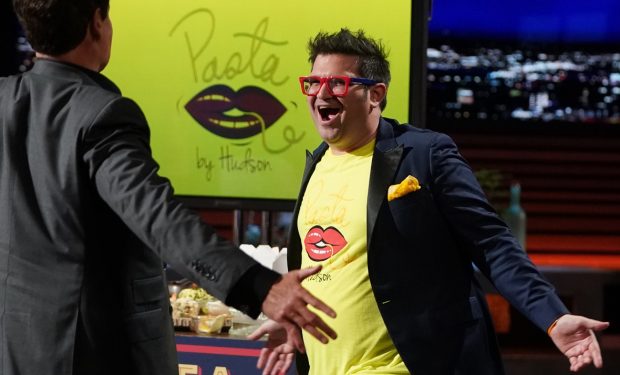 Pasta by Hudson is a fast-casual, quick-service pasta bar in the heart of New York City (Columbus Circle). At the shop, customers pick a pasta, a sauce and toppings including meatballs.

The owner of Pasta by Hudson, Brandon Fay, pitched his Italian cuisine business on Shark Tank where he admitted to not being a chef but a successful restaurant manager (at the famous Trattoria Dell ‘Arte, which features the largest antipasto bar in New York).

Fay accepted an investment of $150,000 in exchange for 30 percent equity from Mark Cuban (who gets 20 percent) and Lori Greiner (who gets 10 percent).

The episode was taped in September 2019 and first aired on March 27, 2020. At that time, NYC restaurants including Pasta by Hudson were ordered closed to walk-in customers to fight stop the spread of COVID-19.

But as Fay says in the cheerful post above, but that doesn’t mean he can’t help feed the City’s healthcare, NYPD and FDNY heroes!