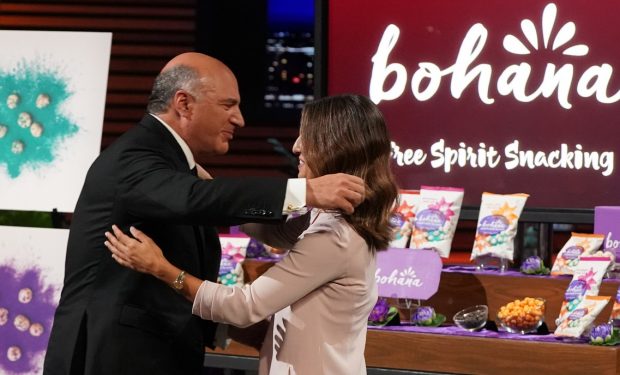 Instead of a kernel of corn, Bohana is made with the seeds of giant water lilies (native to India), which pop similarly to popcorn but without the kernel.

Nadine walks into the Tank seeking a $200,000 investment in exchange for 10 percent equity.

She ends up accepting Kevin “Mr. Wonderful” O’Leary’s offer: $200,000 as a loan (at 9 percent interest) which can be paid back over 3 years in exchange for 8 percent equity.

Since the Shark Tank episode aired (originally on March 20, 2020), Kevin has been helping sell bags of bohana on QVC. Check out the hilarious promo video above, and the virtual segment below.