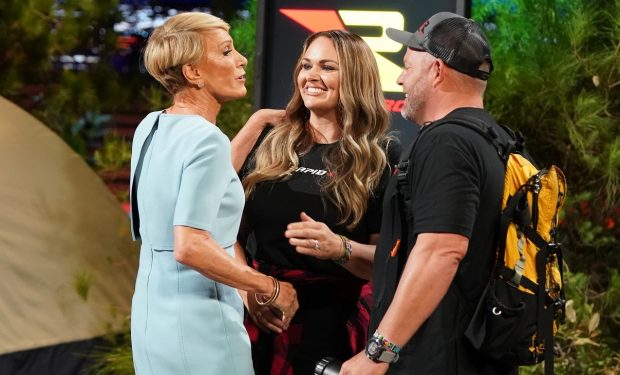 Chris and Geanie Rodgers, a husband-and-wife team from Eagle, Idaho, are the entrepreneurs behind Rapid Rope, an “ultimate tensile strength” rope that can hold 1,100 pounds, is easy to cut, and comes in an easy-to-store canister.

The Rodgers demonstrated the many uses of the product on Shark Tank, where they asked for an investment of $200,000 in exchange for 20 percent equity. Barbara Corcoran offered them $200k for 30 percent, and they accepted. [Where to Buy Rapid Rope As Seen on Shark Tank]

But that’s not all they accepted. As promised on Shark Tank, guest Shark Rohan Oza said he would donate money to their charity of choice, Ghana Make a Difference. And he delivered on that promise, as seen in the photo above of Geanie holding his personal check.

The Rodgers adopted their son from Ethiopia and are raising money to build a school there in his honor. Rohan said he was donate $10,000 to the project.