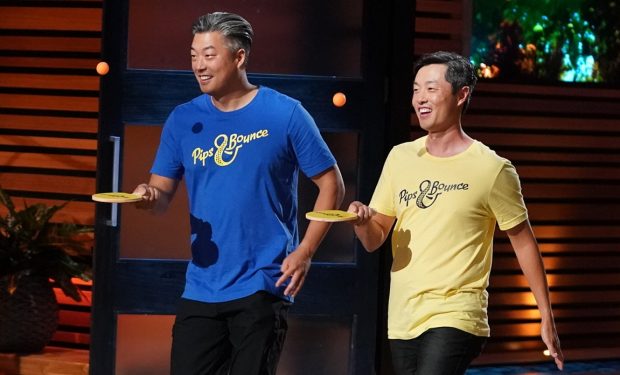 On Season 11 of Shark Tank, two brothers from Portland, Oregon, Eugene Jung and Michael Jung, walk into the tank bouncing ping pong balls with paddles. They’re looking for an investment in Pips & Bounce, their successful bar and restaurant that incorporates the game of pong ping.

They are in luck as the guest Shark on this episode is recently retired tennis pro Maria Sharapova, who knows how to handle a racket and paddle. (The other Sharks are Mark Cuban, Kevin O’Leary, Lori Greiner, Daymond John.)

Prior to opening Pips & Bounce in Portland in 2014, Eugene Jung worked as a Senior Specialist for Apple, Inc. Right after graduating from the University of Michigan, in 2002, Jung became a member of the original Apple Retail team that worked to open, structure and develop Apple Stores in New York City.

The late Steve Jobs, CEO of Apple at the time, said: “We hope our SoHo store will surprise and delight both Mac and PC users who want to see everything the Mac can do to enhance their digital lifestyles.”