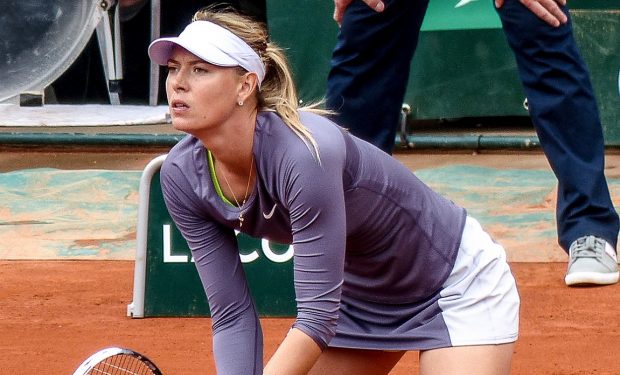 Just two days after announcing her retirement from professional tennis, 32-year-old Maria Sharapova will appear as guest Shark on Shark Tank as an investor. The former #1 ranked player in the world and five-time Grand Slam title holder launched her successful candy brand Sugarpova in 2013.

When not on the court or in the boardroom, the gorgeous 6’2″ blond from Russia is often in front of a camera, and sometimes flaunting her flat, washboard abs in a bikini as seen above and below.

So we see she can dress for the water, but can she swim with the Sharks? Something tells us she’s ready. After all, she’s been battling the #1 predator in tennis, Serena Williams, for decades now!