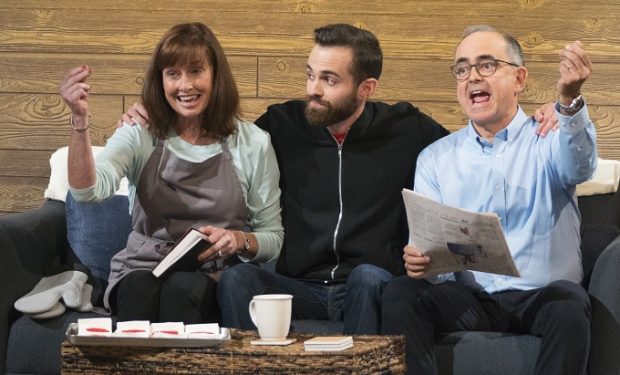 Dan Killian is a 31-year-old from Wilmette, Illinois who recently quit his “phenomenal” advertising job after nine years and moved back into his parents’ home. The bearded millennial is the inventor of the game Pricetitution which is based on the idea of people willing to do weird, gross, daring and funny things for money. He’s coined the word “pricetitute” and defines one as a person who talks about doing things for money.

Killian says the game is a fun way to get to know more about new and old friends. “And no you don’t have to do any of the stuff, you just guess how much money it would take for your friend to eat a hot dog that fell on the ground at a baseball stadium.”

Killian pitched his business on Shark Tank on Sunday, April 14. He went into the Tank seeking an investment of $100,000 in exchange for 20 percent equity, and gave an entertaining presentation with two actors portraying his parents. Killian made a deal with Lori Greiner and guest shark Rohan Oza, who partnered up to give Killian $100,000 for 40 percent. New episodes of Shark Tank air Sundays at 10 pm on ABC, right after American Idol. [27 Favorite ‘Shark Tank’ Products at Amazon — New List]