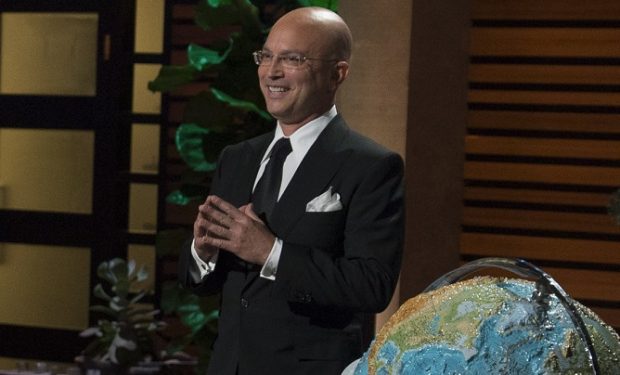 Flip-It is a patented, reusable device designed to empty bottles of lotion, shampoo, conditioner, condiments, salad dressing, honey — any thick liquid. You take off the cap of the bottle and stand the bottle upside down on the tripod stand so you get every drop in the bottle. The inventor of Flip-It, Steven Epstein from Tenafly, New Jersey, pitched his business on Shark Tank on Sunday, April 14. Epstein will remind someone of a certain Shark — the bald one who exclusively wears black suits and black ties. Even his hand gestures are the same (note photo above).

[Flip-It is on sale at Amazon]

But it seems that Epstein’s “imitation is the sincerest form of flattery” approach fell flat with Mr. Wonderful himself. O’Leary lectured Flip-It founder Epstein saying he must embrace the “No”  after Mark Cuban says Epstein has “the world’s worst excuse ever” and that says he “sounds like Mr. Wonderful too.” See below.