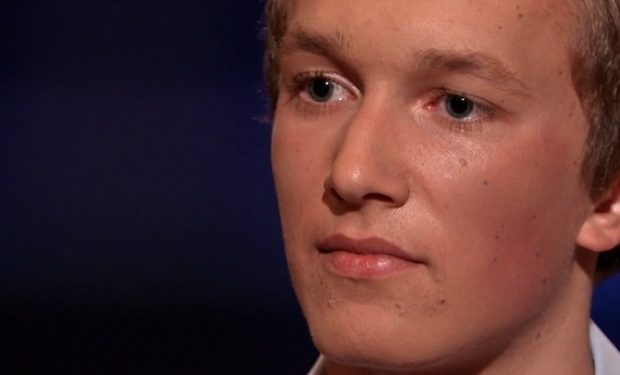 Define Bottle is a water bottle specially designed for infusing fresh fruit flavor. The inventor of Define Bottle, teen entrepreneur Carter Kostler from Virginia Beach, Virginia, pitched his business on Shark Tank in March 2014 but, alas, did not get a deal.

[There are a few Define Bottles for sale on Amazon]

After Shark Tank, in July 2015, Kostler appeared on HSN and sold out of Define Bottles. In the Summer of 2016, Kostler became a member of the U.S. Marines (see photo below) and launched a new product, Mason Infuser via a Kickstarter campaign in 2016. While neither product’s website is active as of April 2019, Kostler says in the 2017 interview below that “Entrepreneurship is in my blood.” New episodes of Shark Tank air Sundays at 10pm on ABC, right after American Idol. [Related: 27 Favorite ‘Shark Tank’ Products at Amazon — New List]

Teen entrepreneur from @ABCSharkTank is proud to be a new marine – launching @MasonInfuser on @kickstarter in August pic.twitter.com/wPQ0nrB5uB