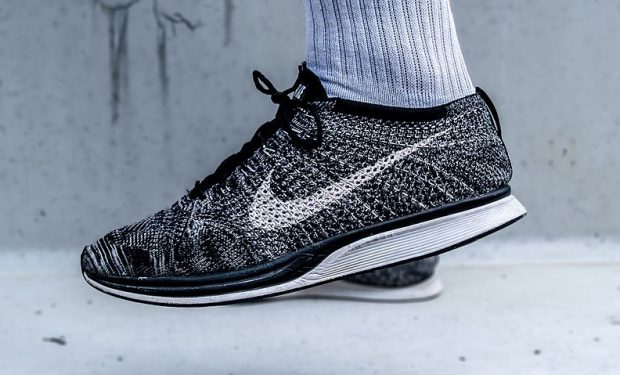 BlackRock wants you to feel better.

Why, you wonder, does a $6 trillion asset manager care about how you feel? Because what’s good for you is good for the world and for business. So taking both a macro and micro approach, BlackRock is working right now to enhance your general well-being.

This ethical requirement sounds draconian to those who think imposing morality on free market actors has no place in a sound investment strategy. (“I didn’t know Larry Fink had been made God,” says real estate honcho Sam Zell.)

But Fink couches his purpose metric in pragmatic monetary terms, not dreamy idealism. He sees an increasingly transparent business environment where customers demand accountability from the multinationals they buy from — and where a failure of accountability endangers profits.

That’s BlackRock’s macro effort to make you feel better — by stimulating widespread emphasis on social good as well as on profits. For every company that reduces carbon emissions and eradicates hiring biases, you get cleaner air and a more level playing field. Your well-being rises as a result.

But BlackRock also has a micro plan to enhance your well-being: BlackRock wants to make sure you are preparing individually for your own future.

BlackRock’s research shows that the more a person invests in their future, the better they feel — even if they don’t have a lot of money. 76% of investors using a financial advisor report having a “positive sense of well-being” according to one BlackRock study.

Still most people resist investing. Fear, imagined losses, lack of understanding, and social taboos about money all play a part. BlackRock is on a mission to change some of these old and detrimental perceptions about investment.

BlackRock wants to get people talking more openly about investing and wealth, making the subject commonplace and less fraught with taboo.

But has a big company ever done this before — changed the habits of an entire culture through marketing?

Yes, in fact, and there’s a good chance you may be wearing it right now.

BlackRock’s Chief Marketing Officer Frank Cooper likens the outing of personal finance and investing discussions to the mainstreaming of another once far-from-common practice: jogging. In the 1960s, BlackRock points out, jogging was considered “strange.” Back then jogging “wasn’t correlated to health at all.”

That’s before Nike stepped in and began turning “something that was feared and doubted into something that is part of the overall picture of our well-being.”

In 1964, the year Nike was founded, there were 403 entrants in the Boston Marathon. In 2018 more than 30,000 runners participated — and that number includes only those who met rigorous qualifying standards. In New York City, more than 50,000 runners run the marathon each year and those coveted spots go to lucky lottery winners. More would run if they could.

Spin classes, CrossFit and Parkour are everywhere today. And it’s not just elite athletes who embrace fitness regimens — it’s people from every walk of life and every income level, people of every shape and size.

“I feel like there is no better time than now to be in financial services because we’re at a moment in time where people are starting to awaken to the fact that their relationship with their money is important to their overall sense of well-being.”

And with more happy individuals invested in their futures, there’s also more money BlackRock may have the opportunity to manage. It’s a win-win.

Just Do It — Invest — and You’ll Feel Better

Cooper says BlackRock’s research shows that “we’ve artificially separated our relationship with money from our sense of well-being.”

He wants to put lie to that artificial separation. Staying with the Nike analogy, you know you will feel better after a run — but first you must get off the couch. Eating potato chips on the couch — the fitness equivalent of not investing — also feels good. But the potato chip pleasure is temporary. That run is a far better long-term investment in your well-being.

Yet the research shows a lot of potato chips being eaten:

Cooper sees technology as a powerful tool to help change some of these outdated perspectives on investing.

He cites the ability to send real-time messages that reward the brain for investment accomplishments. It’s a reward loop that makes investing feel as tangible to the investor as a luxurious Hermes scarf might feel to the spender.

Instead of touching the silk for a sense of well-being, an investor can touch her portfolio’s pulse on her iPhone and enjoy an even deeper satisfaction.

Cooper says this type of digital reward signal for investors wasn’t as easy to generate before everyone had devices in their pockets. Technology gives BlackRock an opportunity to “nudge [people] toward behaviors that we think would improve their relationship with money,” says Cooper. With that will come an increase in feelings of well-being.

In the meantime, when it comes to investment, the research is clear: Just Do It.

Listen to Frank Cooper’s discussion on The BID podcast, run by BlackRock (Spotify). “Wealth,” Cooper says, “is not just for the wealthy.”