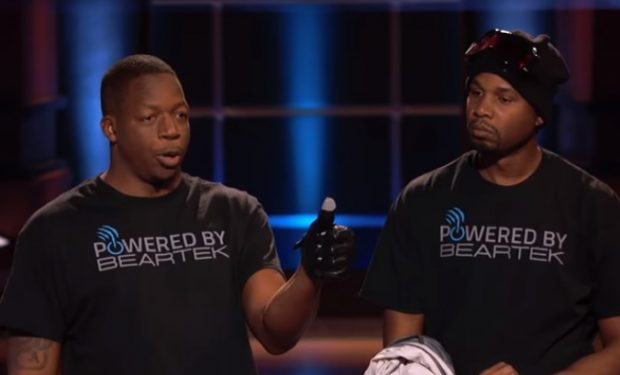 BearTek was a line of gloves designed for users to be able to use smartphones without having to take the gloves off. The gloves could remotely control digital devices through different finger gestures so you can talk, make a video or listen to music, without taking off the gloves. BearTek targeted athletes and outdoor enthusiasts (runners, cyclists, motor sports, snow sports). The two founders of BearTek, cousins Willie Blount and Tarik Rodgers, pitched their business on Shark Tank in February 2016. They went into the Tank seeking an investment of $500,000 in exchange for five percent equity. Most of the Sharks including Daymond John and Kevin O’Leary were turned off by the $10 million valuation. Alas, BearTek did not land a deal.

[BearTek gloves on sale at Amazon]

BearTek’s social media accounts went quiet in July 2016. As of March 2019, the company website is no longer. However, BearTek gloves are still being sold on Amazon (see link above).