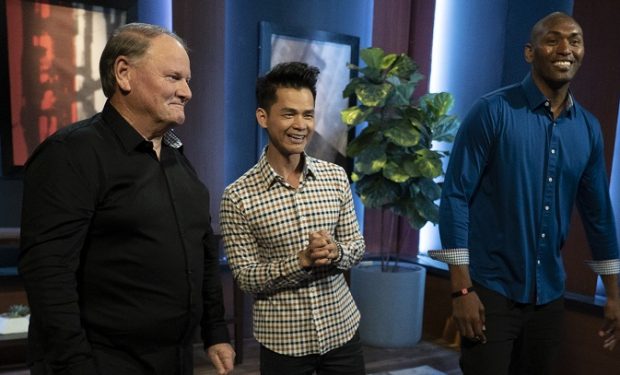 On Shark Tank, Herjavec said his existing companies could help Butter Cloth with their marketing efforts and to lower their customer acquisition costs (which Tran reported was about $40). Herjavec is living up to his promise. He’s helping to promote and sell The Robert Herjavec Collection (there are currently four shirts) under the Butter Cloth label (see below). 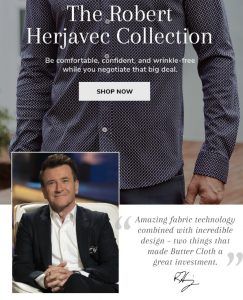