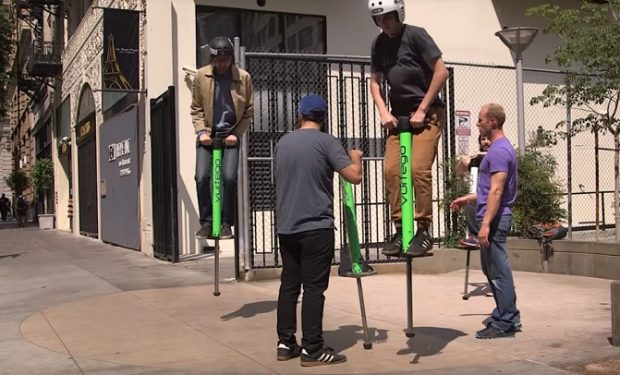 Vurtego is an advanced pogo stick which lets the user adjust its air pressure to control the bounce. You add air to create a stiffer spring and/or remove air to create a softer spring. (Basically, you can jump way higher and do more insane tricks than on a traditional pogo stick.) The entrepreneur behind Vurtego, extreme sports enthusiast Brian Spencer, pitched the product on Shark Tank in March 2011. (His father, a former aerospace engineer, built it.) Spencer went into the Tank seeking an investment of $500,000 in exchange for 20 percent equity. Many of the Sharks were concerned with the safety of the product and alas, Vurtego did not land a deal on the show.

[Vurtegos are on sale at Amazon]