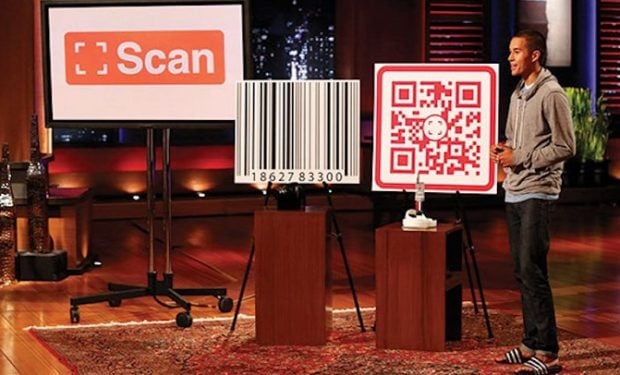 Scan is a QR code-scanning app. The young founder of Scan, Garett Gee, pitched his startup business on Shark Tank in October 2013. Gee made his pitch to the Sharks wearing a hoodie and slip-ons. Gee didn’t get a deal on Shark Tank but he did sell his company to SnapChat in 2014 for $54 million. At the time of the sale, Gee was still a student at Brigham Young University, where he was captain of the soccer team.

According to his blog The Bucket List Family, Gee dropped out of college and put his new fortune in savings and then had a garage sale where he and his wife sold everything they owned (cars, furniture, clothing). They made $45,000 from the sale and have been using that money to travel the world frugally with their three young children. After three years of globetrotting, the Gee Family has announced that they’re home in Hawaii. See cute family photo below.