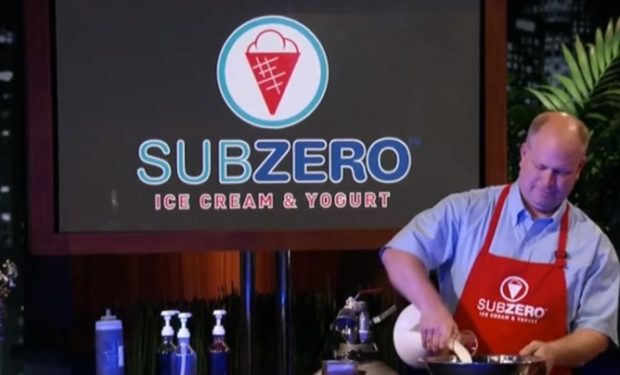 At a Sub Zero Ice Cream shop, a customer chooses a cream base and then Sub Zero flash freezes it with liquid nitrogen. It’s quite the show and it’s smoother and creamier than traditional ice cream because the water doesn’t form large ice crystals. The founders of Sub Zero Ice Cream, husband and wife team Jerry and Naomi Hancock, pitched their business – 18 franchises which don’t require big expensive freezers — on Shark Tank in January 2013. They went into the Tank seeking an investment of $300,000 in exchange for 12 percent equity, but they left empty-handed.