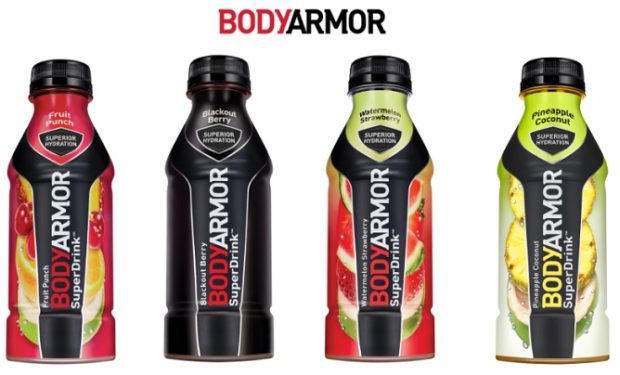 Coca-Cola bought a minority share of the sports drink company BodyArmor, last week. Former NBA champion Kobe Bryant is an investor too — he’s the third largest investor and sits on the Board of Directors. (Indianapolis Colts quarterback Andrew Luck, New England Patriots Super Bowl champ Rob Gronkowski, and PGA golfer Dustin Johnson, are also investors.) BodyArmor is a competitor of Gatorade, which is owned by Pepsi and has a 70 percent share of the sports drink market. Coca-Cola’s less expensive Powerade has 20 percent. BodyArmor is positioning itself as the naturally flavored, premium sports drink — its first three ingredients are filtered water, pure cane sugar and coconut water concentration.

BodyArmor will continue to be run as an independent company and have access to the expansive Coca-Cola bottling and distribution system. The partnership will allow BodyArmor to be sold via new channels and retailers, nationally and globally, and Coca-Cola will be able to increase its ownership stake over time. If BodyArmor continues to grow at its current pace (the brand is on track to reach almost $400 million in retail sales this year), and gains more market share, according to Duane Stanford of Beverage Digest, BodyArmor could (over time) become big enough to force Gatorade to make changes to its product.