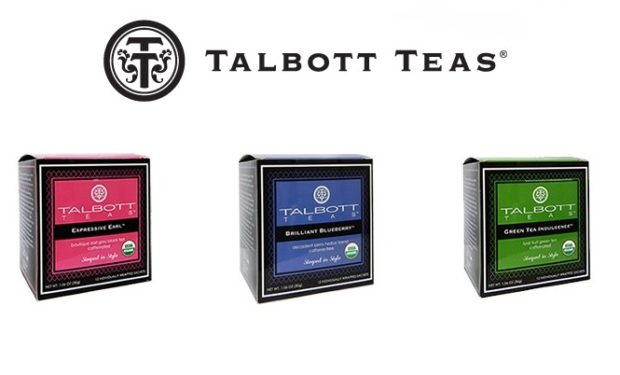 Talbott Teas, the gourmet tea company, was founded by former hair salon owners and life partners Shane Talbott and Steven Nakisher of Chicago, Illinois. They knew they were onto something big when Oprah Winfrey named Talbott Teas as one of her “favorite things” in 2010. (Talbott was Oprah’s hair colorist for years.) In July 2011,  Talbott and Nakisher filmed their Talbott Teas pitch on Shark Tank and made a deal with Kevin O’Leary. But before the episode aired in February 2012, Shark Daymond John teamed up with O’Leary (and Barbara Corcoran) to introduce Talbott Teas to Jamba Juice, which bought 100 percent of Talbott Teas.

[Talbott Teas are on sale at Amazon]

Jamba Juice kept the Talbott Teas name and brand intact and is now serving its 23 flavorful blends in more than 440 Jamba Juice stores. Talbott continues to work as VP of Innovation while Nakisher is on the board of directors. Talbott continues to expand its retail reach in gourmet grocery stores including Whole Foods and Wegman’s, among others. New episodes of Shark Tank air Sundays at 9pm on ABC.