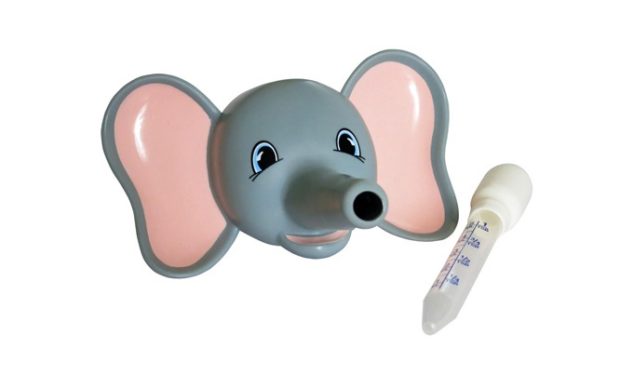 The original Ava the Elephant

Tiffany Krumins of Atlanta, Georgia is the inventor of Ava the Elephant, a talking medicine dispenser in the shape of an elephant’s face (the droplet is hidden in the elephant’s trunk). It’s designed to ease the fears of children who need to take medicine. Krumins pitched her prototype on Shark Tank in April 2011 (on the very first episode!) and made a deal with Barbara Corcoran — $50,000 in exchange for 55 percent equity of Ava the Elephant.

Three months after the Shark Tank episode aired, the 27-year-old Krumins was diagnosed with thyroid cancer. After surgery and radiation treatment (she’s now in remission) the courageous Krumins continued to build the business. Ava the Elephants were sold at many retail stores including CVS and online at Walmart and Amazon but they are no longer available on those websites. In 2017, Ava the Elephant announced a new version of the product is “coming soon.” And in February 2018, Krumins announced “I finally found my ideal licensing partner for Ava the Elephant.” It’s Baby Delight of Rhode Island, and together they’ll reveal Ava 2.0 in March at the JPMA Baby Show in Washington, D.C. And on top of that good news, Krumins just had her third baby! See cute photo below. New episodes of Shark Tank (Season 9) air Sundays at 9pm on ABC. [MORE PHOTOS BELOW]

We had a great show today! ? Just me, Steven & my ADHD ?! (Steven had to call me out for getting destructed by passerby’s, again ?) I revealed some BIG news on today’s show – my licensee for Ava the Elephant is….. @babydelightinc ??? We will be launching Ava 2.0 at the @jpmababyshow show in March! Lots of exciting things coming up in 2018, we hope you will join our show community on Facebook so we can help YOU launch YOUR big idea! ? #entrepreneur #entrepreneurship #inventor #inventions #productdesign #productdesigner #productlaunch #launch #create #design #videoproduction #smalbusiness #smallbiz #instagood #instafun #brave #success @sharktankabc #successful #dreambig #inspire #hopeful #cancersurvivor #startup #sharktank #sharktanknation