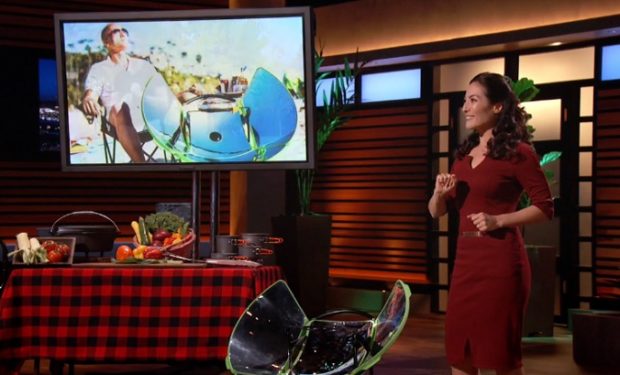 Smart people go on Shark Tank all the time, but SolSource Solar Cooker founder Dr. Catlin Powers is as smart as they come. Building on her chemistry studies at Wellesley, Powers took a Ph.D in Environmental Health at Harvard. Now Powers wants — along with her business partner Scot Frank (MIT, Google) — to help us all cook using only the power of the sun. The big product from her One Earth Designs company is the $499 SolSource Solar Cooker, which is one very cool tool featuring a “powerful 1,000 watt cooking zone so you can grill, sauté and boil.” Oh, and the SolSource Solar Cooker heats up five times faster than charcoal. Hey, they barbecue on SolSource at Tesla. How’s that for energy pedigree?

[SolSource products are on sale at Amazon]

But Powers isn’t just Madame Curie smart, she’s entrepreneur savvy too. Some sharks might say whoa, isn’t $500 a little pricey for an entry point to get people sun cooking? Powers can reply that those who don’t wish to purchase the SolSource Classic cooker can start with the SolSource Sport Cooker for just $239. Shark Tank airs Sundays at 10pm on ABC.