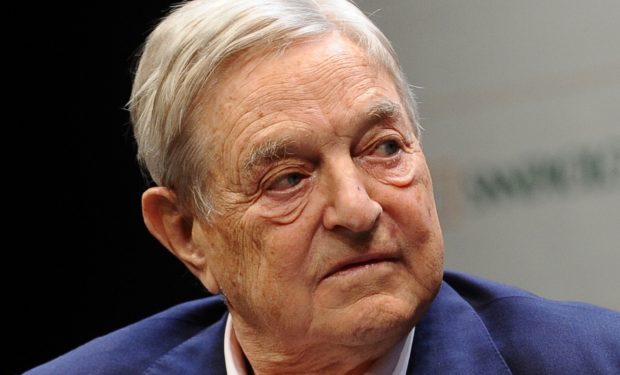 George Soros is a terrible man, if you believe the incendiary witch hunters who categorize Soros’ anti-fascist liberal agenda as evil. But why are Soros’s beliefs and causes, and the money he puts behind them through his Open Society Foundation (OSF), so controversial? Soros wants food on every table, racial tolerance, social justice, and transparency in government — just as many of his enemies profess to want. Nevertheless Soros has enemies, without question, and they are active in trying to undermine his work and the perceived hidden agenda (world government) behind it. Chief among those enemies, Soros believes, is Russian leader Vladimir Putin, the world leader most often accused of sowing seeds of discord in foreign democracies through social media campaigns that pour gas onto nationalist fires. (See U.S., Germany, Poland, Ukraine, et al.)

Soros’s OSF has given away billions in support of “vibrant and tolerant democracies.” Vibrant and tolerant democracies are, of course, a threat to autocratic leaders and nationalist ideologies. Soros is sometimes categorized as the Koch brother of the left, after the billionaire Koch brothers whose support of the Tea Party and other conservative causes in the US give liberals great concern. Soros told the Financial Times (paywall) that he believes Putin is behind much of the global antagonism toward him, which is executed by right wing groups and media like Breitbart and Limbaugh. Putin, Soros told FT, “doesn’t like me.” Putin didn’t like Hillary Clinton either, but Soros, unlike Clinton, doesn’t rely for power on the whims of the electoral college.