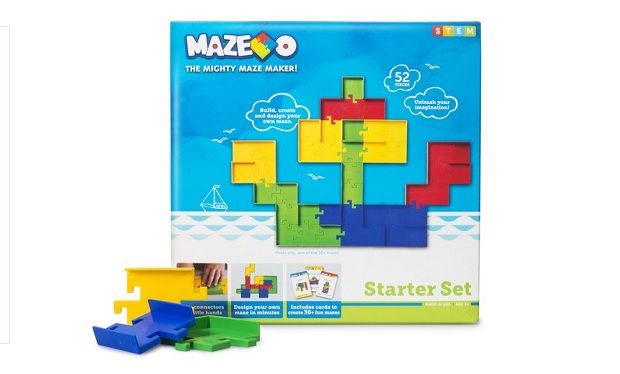 Husband and wife team Jessica and Daniel Friedman of Lino Lakes, Minnesota are pitching their building toy Maze-O on The Toy Box (May 5). The parents of five kids didn’t plan on becoming toy makers but when they couldn’t find a maze building toy on the market for their son who loved mazes, they made one themselves with a 3-D printer. When they found a manufacturer in Wisconsin, they had 5000 Maze-O starter sets made and are selling them on Amazon for $32.99.