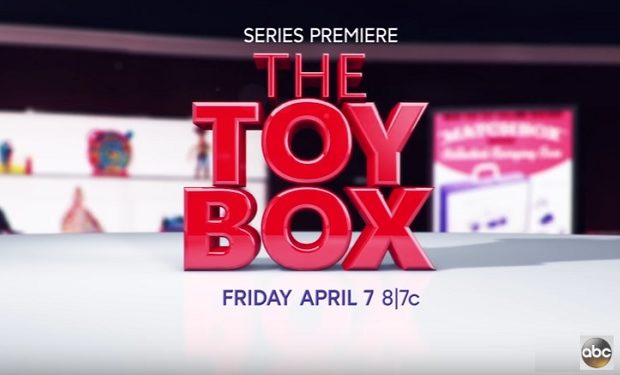 The Toy Box on ABC

The Toy Box is the new reality competition on ABC where toy inventors pitch their products with the hope of getting a deal with Mattel to bring the toy to market — and be sold exclusively at Toys R Us. It’s like ABC’s Shark Tank but the panel of judges is composed of four sassy kids who are not easily impressed. Plus there’s an affable host — Eric Stonestreet, Cam on Modern Family.

[Related: The Toy Box: Who Is Dylan Lauren of Dylan’s Candy Bar?]

The Toy Box is now accepting new inventor applications from people in the US who want to pitch their inventions on the show. Here are some of the rules: You must be 18 or older; be a legal resident of the U.S.; and be available for shooting the show in May – June 2017. To apply, you need to create a profile on the MysticArt Pictures website and then complete the online application. Good luck! The Toy Box airs Fridays at 8pm, right before Shark Tank.