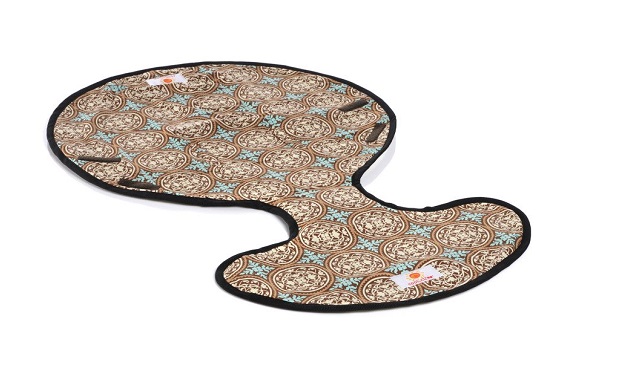 Ginelle Mills is the entrepreneur behind Cool Wazoo, a 5-in-1 baby changing pad. (It can also be used as a swing cover, a restaurant high chair cover, a shopping cart cover, and a car shade.) Mills pitched her product/business on Shark Tank in 2012 and made a deal with Lori Greiner for what she was asking for — $65,000 for 25 percent equity.

Since Shark Tank, Mills licensed Cool Wazoo in 2015 to Comfort & Harmony and the changing pads were sold for $25 each at giant retail stores including Babies R Us, Walmart, Target, and Buy Buy Baby but as of May 2017, they are no longer available on those stores’ websites. The Cool Wazoo website continues to sell them for $50.