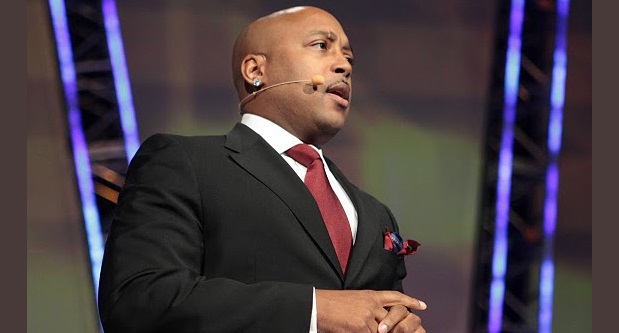 Daymond John — the “friendly Shark” of Shark Tank, not to mention the most stylish and coolest Shark — has his own book out on how to make it work. Daymond’s intriguingly titled The Power of Broke talks about drive and smarts and letting your situation dictate your moves. That is, turning obstacles into mere challenges and then conquering them. Even being broke isn’t an obstacle — it’s an opportunity.

But when Daymond was asked last year for a book recommendation during an interview with Zulilly — the Sharks are offering all their Shark Tank products in a special Shark Tank section at Zulilly — the fashionable Shark recommended the Invisible Selling Machine by Ryan Deiss (see above). Daymond said “Ryan is a genius in the marketing world and true entrepreneur. He’s laid out effective steps that I think all entrepreneurs should at least consider as they set out.” When Daymond John calls you a genius in marketing, you’ve done something special. The introduction to Invisible Selling Machine admits: “The dark side of entrepreneurship is real.” Deiss tells you how to see the light.