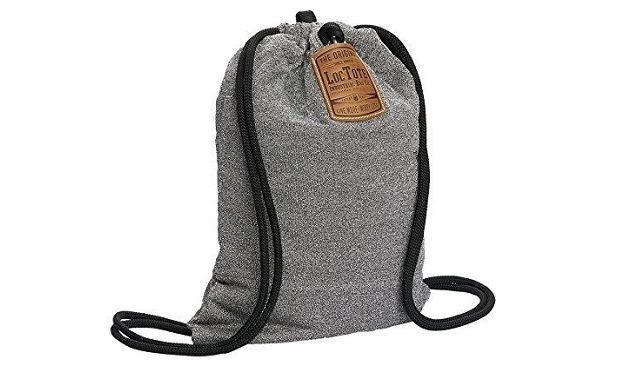 Loc Tote Industrial Bag Co. has designed The Original Flak Sack, a handsome draw-string backpack that’s designed to ward off thieves. “It’s like a portable safe for your valuables” while traveling, at the pool or beach. LocTote is made of slash-resistant material and has a lock on it. So you can simply lock the bag closed or secure it to a stationary object and not worry about it being tampered with or stolen. If someone takes the bag, they won’t be able to get the valuables (cash, credit cards, passport) inside.

The entrepreneur behind Loc Tote and The Original Flak Sack, Don Halpern, raised $800,000 on Kickstarter last year, and continues to sell the product on Amazon (see above), but he thinks he can sell even more if he goes into mass retail – that’s why he’s pitching Loc Tote on Shark Tank (April 21). It will be interesting to hear Daymond John’s take on Loc Tote as he invested in a similar product, Aqua Vault. Shark Tank airs Fridays at 9pm on ABC.