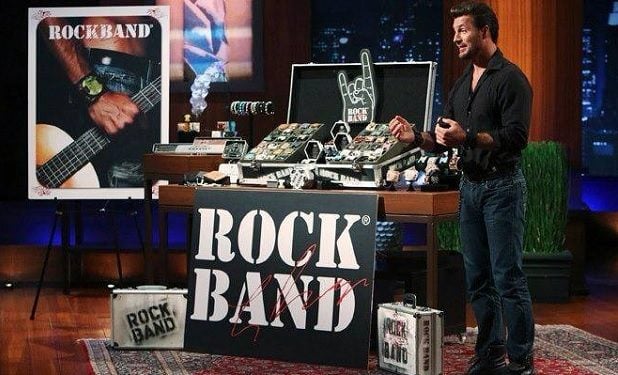 Fashion model Lee Dahlberg pitched his line of leather wristbands, Rock Bands, on Shark Tank in 2012. He had his friend Robin Leach of The Lifestyles of the Rich and Famous help him sell the celebrity status of the product. Leach rattled off a long list of celebs who owned Rock Bands including Bono, Johnny Depp, Tommy Lee and Britney Spears, among others.

Dahlberg told the Sharks he would use some of the investment (he was asking for $100k for 20 percent equity) to fight off patent infringements against his clothing line of the same name. In the end, Dahlberg accepted a deal with Daymond John and Mark Cuban ($100k for 40%). It appears the deal fell through — RockBands is not listed as a Mark Cuban company and the RockBands website says it’s still looking for investors. Dahlberg was most recently spotted in Naples, Florida modeling for GulfshoreLife.