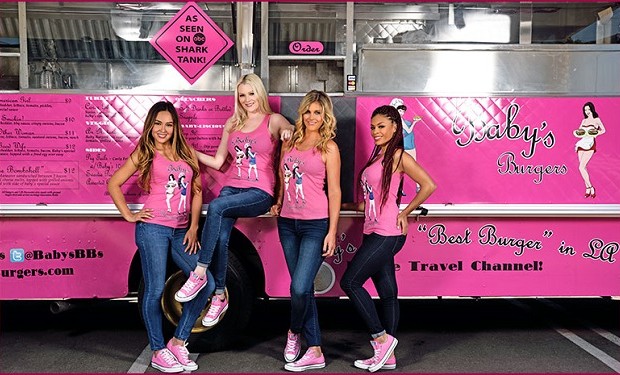 Erica Cohen and Lori Barbera are the two entrepreneurs behind Baby’s Badass Burgers. They sell hamburgers out of a truck in Los Angeles. But not any old truck – it’s pink and tended to by gorgeous young women. After launching another Baby’s Badass Burgers in Jacksonville, Florida, they pitched the business on Shark Tank with the plan to open a brick-and-mortar restaurant. The Sharks didn’t like the idea of a restaurant. Mark Cuban told them to “follow the money” and Kevin O’Leary said he would have considered an investment if they asked for $500,000 to roll out new trucks.