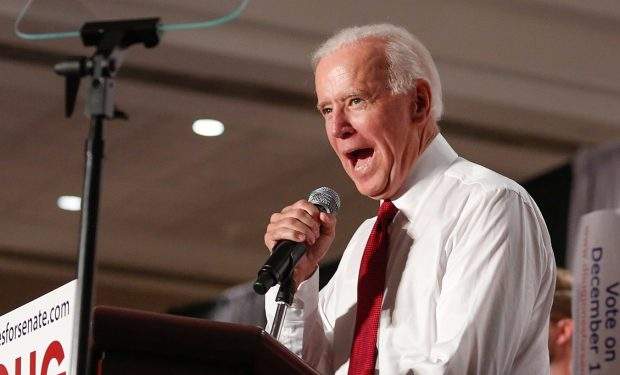 Joe Biden suffered a loss greater than he’ll ever suffer at the hands of his opponents in Congress or China or anywhere else when 50 years ago this week his first wife and infant daughter were killed in a car accident.

Biden, then a newly elected Senator, was left with two sons to help through the tragedy.

One of the people who helped his sons smile again after that unspeakable moment was Pittsburgh Steelers Hall of Fame running back Franco Harris, a beloved sports figure who died this week at the age of 72.

Harris was known for running the Steelers to four Super Bowl victories, but to Joe Biden, he was known as a man who took time out to make his young grief-stricken sons see that life may just have some sparkle left in it.

It was a surprise visit to the Biden home by Harris and some other Steelers, organized by then Steelers owner Art Rooney, put that light back in the Biden boys eyes again, according to Biden, who from the White House issued a heartfelt encomium to Harris.

Biden tells the story of the day the Steelers came and how he continued to honor Harris throughout his life, calling him “a dear friend, a good man, and a great American,” noting that “in the fifty years we bonded as friends, I always talked about his character and compassion.”

Biden got personal with his story of kindness and then, riffing on how sports have a “powerful way of bringing people together,” he wrote of Harris:

I know there will also be countless families like mine that will remember him for all that he did to lift our spirits when we needed it – in the most quiet, personal, and American of ways.

He ended his statement with a nod to his birth state of Pennsylvania and Steelers fans everywhere: “May God bless the love of his life Dana, their family, and all of Steeler Nation.”