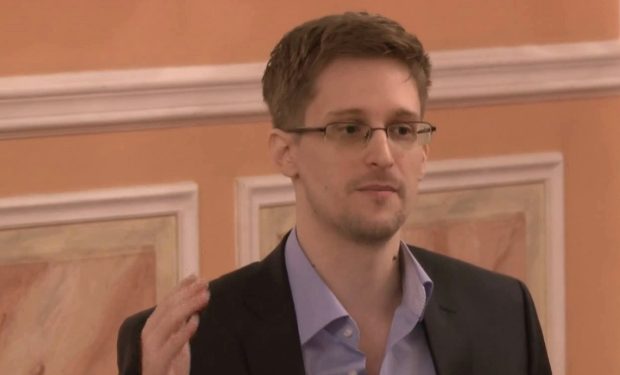 In 2013, Edward Snowden famously revealed classified US surveillance programs run by the National Security Agency, programs he helped to implement when he was an NSA contractor. The startling revelations that Snowden’s leaks made public — exposing the depth and breadth of US surveillance powers — have had far-reaching repercussions.

The Snowden leaks shined a spotlight onto wide-ranging privacy issues that the digital age has compromised and on the nearly limitless reach of technologies employed by numerous governments to track and surveille citizens.

The repercussions were personal too: Snowden was accused of espionage by the United States in 2013 for his exposure of classified documents. He sought and was awarded refuge in Russia. Snowden’s temporary stay there was made more permanent in September 2022, as Vladimir Putin granted Snowden Russian citizenship. Snowden, in turn, reportedly swore an oath of allegiance to Russia.

Now, despite Snowden’s clear indebtedness to Putin, many still process his criticism of US policy and politics as the opinion of a rugged individualist thinker — the position he worked to carve out for himself as a whistleblower.

(Snowden is either a hero or a traitor to most Americans, but there is little doubt that he pursued a difficult, iconoclastic agenda at risk to himself.)

Snowden yesterday tweeted his judgement of the $1.7 trillion US spending bill currently in congress, a bill he takes pains to note is “many times the length of the Bible.”

The worst people in politics from both parties have teamed up to demand Congress rubber-stamp a 4,155-page blank check—many times the length of the Bible.

And they want it stamped before anyone can actually read it.

Twitter picked up on Snowden’s precarious position. One person asked Snowden: “Have you ever said anything that legitimately sounded like it was criticism of the Russian Federation’s decision to invade Ukraine?”

Another responded about Snowden’s silence on the matter: “No he hasn’t said anything. He wants to live.”

The spending bill reportedly contains $45 billion for Ukraine to aid in its war against Russia. Snowden’s tweets should be understood in light of his current situation.