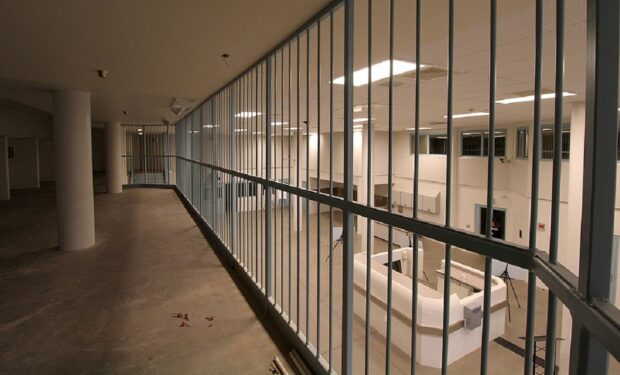 In modern America, gun control and the right to bear arms are locked in a no-budge battle fought between “irreconcilable views,” according to Mugambi Jouet at the USC Gould School of Law. But if there is stark disagreement among contemporary political factions about gun access, there is broad agreement about punishing those who commit violent actions with firearms.

In his paper Guns, Mass Incarceration, and Bipartisan Reform: Beyond Vicious Circle and Social Polarization. Jouet explains that Democrats and Republicans both currently endorse “punitiveness as a means of gun control” — even if at the punishment stage such “control” is regrettably late for the victims.

“Democrats and Republicans have generally agreed on at least one thing in past decades,” Jouet writes,” long prison sentences for gun crime.”

Those harsh penalties have filled America’s prisons, Jouet reports. He notes as false the commonly held belief that prisons today are largely filled with “petty, nonviolent” criminals incarcerated, mostly along racial lines, by drug sentencing standards that have since been drastically reduced.

That’s not, Jouet makes clear, who most prisoners are. According to Jouet, “Most prisoners are serving time for violent offenses.” But gun crime punishments, like the drug crime sentences that have been rethought, feature a similar disproportionate impact on minorities.

To redress the legal system’s systemic racial bias concerning gun crime, Jouet espouses a strategy to achieve gun crime reform that both parties can live with, positing how liberals and conservatives could agree to legal changes on gun crime sentencing without significantly altering their hard-held convictions.

Jouet says conservatives could find their way to the reform table by further embracing their unambiguous stance that guns not “be vilified.” Liberals, on the other hand, can pull up their chairs believing gun crime reform is another step in ending mass incarceration, one of the party’s longstanding humanistic goals.

If Jouet seems exceptionally hopeful about reform and the oxymoronic notion of recalcitrant cooperation, the points he makes are nevertheless highly logical.

Surely, a civil discourse between the increasingly polarized political parties could well produce gun crime sentencing reform of the type and level that Jouet valiantly envisions. Envisioning that civil discourse, however, in 2022, is another matter altogether.

Jouet is the author of Exceptional America: What Divides Americans from the World and from Each Other, a book, according to one reviewer, “deftly analyzing a host of peculiar features characterizing American society.”