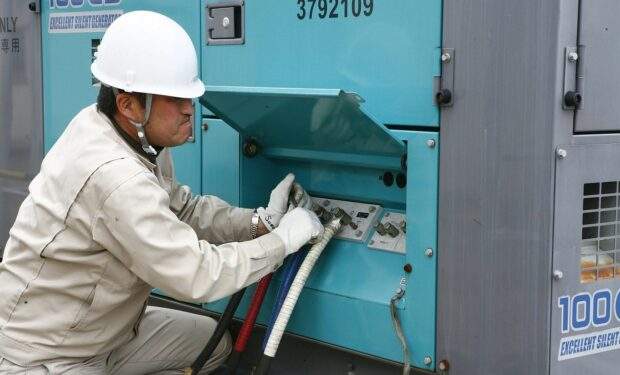 A station Facilities electrician sets up a generator to power a building not equipped with a back up electrical source as part of a simulated power outage, photo: English: Lance Cpl. Vanessa Jimenez, Public domain, via Wikimedia Commons

There are two main aspects to keeping the power up and running. The first is that the energy infrastructure quality be sound to begin with. The second is that when there is an outage, the restoration process happens quickly and fairly. The formula goes like this: 1) power works 2) when it fails, it gets fixed.

On both counts, according to research from a forthcoming study, the Maryland power system — reflective of U.S. power system overall — has a built-in bias against minority communities. (Maryland has the 4th highest Diversity Index of all the states, so it serves as fertile ground for the exploration of racial inequity in critical infrastructure.)

“We find that the racial and socioeconomic makeup of zip codes are significant predictors of power outage count,” say authors Nathan Shan, Yueming Qiu, and Anand Patwardhan in their paper Inside the Black Box: Unequal Infrastructure and Institutional Bias in Energy Access.

The trio scraped outage data from the web to track outages and also, critically, estimate restoration times. They found that the critical infrastructure that serves minority communities and poorer neighborhoods often inferior to that in higher income areas — no surprise there — and also “evidence of possible inconsistencies in the restoration processes of utilities.”

Researching the restoration biases is historically difficult because of a lack of transparency, a lack which the authors refer to as a “black box.”

“We find that the racial and socioeconomic makeup of zip codes are significant predictors of power outage count,” they write. With the new study, these Maryland-based scholars join a growing body of researchers “who have begun studying the equity considerations of infrastructure failure” through a “lens of social equality.”