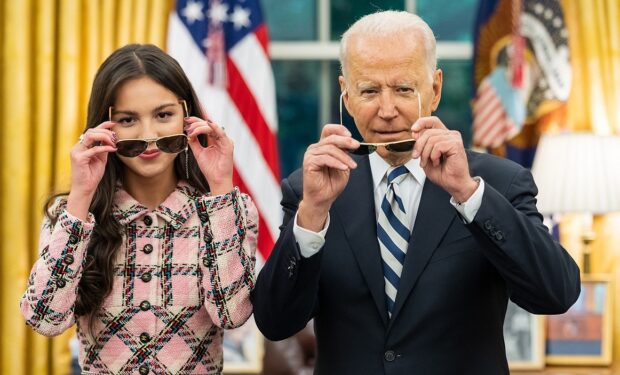 President Joe Biden took the jab this week, and we don’t mean from the Republicans in the House. We mean from a doctor. That is, Biden rolled up his sleeve and got the latest Covid-19 booster shot, something most Americans have decided not to do.

(It’s a telling fact about 21st century globalism that the White House is using TikTok, a controversial but hugely popular unit of the Chinese company ByteDance, to get its message out.) Here is @underthedesknews:

The lack of public booster buy-in seems to be due more to vaccine fatigue than vaccine denial — and the Biden administration plainly hasn’t tried too hard to push citizens to get the shot until now, despite worries that Covid could surge again if people remain reluctant to boost.

After all, people are tired of being told what to do by governments, even if it’s in their best interest. And Biden has little desire to be seen as a scold.

Hence the recruitment of a TikTok team to spread the word. Below are popular TikTok posts by the powerful influencers the White House has recruited, whose total following on the platform is near 60 million. Here’s @westbrouck.

@westbrouck To be honest, I binged all the episodes that are available on @Amazon Freevee right after this #freeveepartner #ad ♬ original sound – Mattie