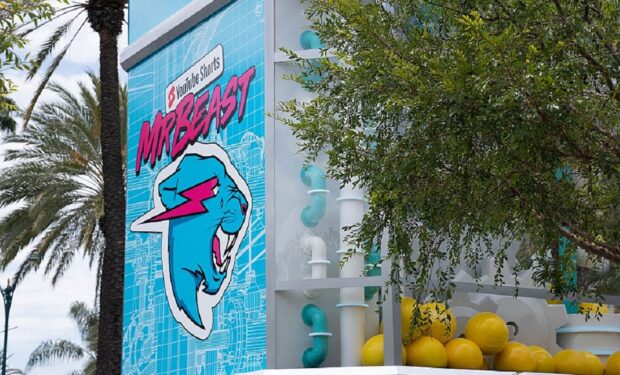 One rule of the seemingly lawless internet is: do not doubt Mr. Beast. Because if you do, Mr. Beast will prove you wrong.

The YouTube star has amassed more than 100 million followers on the platform and he’s just 24 years old. Make that 24 years old and very wealthy, as his rare level of social media popularity guarantees. But Mr. Beast — AKA Jimmy Donaldson — won’t always be wealthy. At least if he follows through on his latest ambition — to run for president.

Mr. Beast won his popularity through creativity, contests, and figuring out fresh ways to give away money. And he says it’ll be a lifelong endeavor, this giving away of cash.

In fact, Mr. Beast announced on the popular podcast FLAGRANT that he plans to give away all his money to voters when he’s in his mid-forties (or fifty, he allows). That way when he’s running for President of the United States he can tell the people that he’s giving money away, not taking it.

The proposition being that Mr. Beast won’t be for sale and “can’t be bought,” as Donaldson says. The idea of the presidency is “appealing” he admits. “If I had literally zero dollars in my bank account and I was like ‘vote for me,’ I feel like that’s a pretty good campaign thing. I think I could make it interesting enough where I could win. I know how to get people’s attention.”

So Mr. Beast, if things go the way they’re going, will likely follow Dwayne The Rock Johnson as POTUS. (The Rock’s presidential plan is foreseen in the narrative of the funny sitcom Young Rock, where the show revolves his 2032 candidacy.)

Maybe Mr. Beast is just riffing, knowing nothing has stopped him yet. But don’t doubt either of these stars — Rock or Beast. Both have routinely proven limits are for other people.