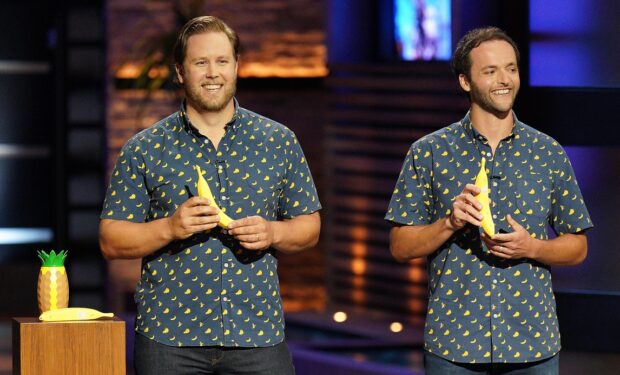 On Season 14 of Shark Tank, two entrepreneurs from Bend, Oregon — Max Brown and Brian Brunsing — pitch their fun and funky Bluetooth handset, Banana Phone. The rechargeable product also doubles as a Bluetooth speaker to play your favorite tunes out of a banana. And the company “banana-splits” their proceeds to support endangered gorillas.

The wordplay and hyperbole promoting Banana Phone is fun and plentiful. It describes itself as “the world’s most attractive fruit phone.” And customers are “eating it up.” As one wrote: “Bunch of fun.”

Another customer chimed in with a five-star review: “Husband is taking it to work to use on a couple business calls. I think it would be hilarious if he was to close a deal on a banana phone! Also my childhood dreams came true. There was someone on the other end of the banana phone!”

For decades, people have been pretending to talk on the phone with a banana as noted in this review of Banana Phone: “it looks like a real banana without leaving the slimey stuff when you put it to your ear.“