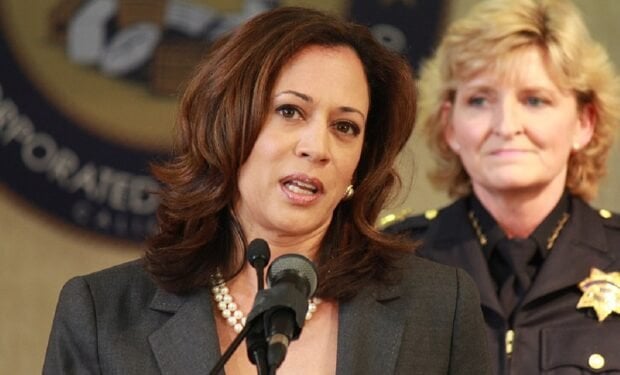 Vice President Kamala Harris posted a short inspirational video on social media celebrating women’s accomplishments and their tireless drive for equality at the start of Women’s History Month. Harris stars in the video, which honors women who are, as she reminds viewers, “half of the world’s population” and who “drive major economic growth and major contributions to society.”

The post is receiving largely positive feedback online, though it’s notable in the midst of the increasingly divisive culture wars that Harris failed to mention motherhood as one of the influential positions held by women in society. Instead, Harris specifically shouts out, among women to celebrate, the “scientists…military members…entrepreneurs…educators…(and) government leaders.”

Whereas the majority of the comments praise Harris and her citing of women’s accomplishments despite societal obstacles they’ve faced, some commenters felt strongly that not including motherhood was an oversight — an oversight that’s indicative of a progressive agenda reluctant to honor traditional values.

A typical comment along these lines reads: “Why aren’t mothers and homemakers mentioned? Are these roles no longer seen as valuable and worth acknowledging and encouraging?”

Harris, as stepmom to two children, is certainly aware of motherhood’s importance. It’s a surprising missed opportunity for Harris, which leaves her open to this sort of criticism. On the other side, perhaps motherhood is so integral to a nation’s and a society’s success that motherhood will warrant its own Harris video during Women’s History Month — there are, after all, four weeks left to go.