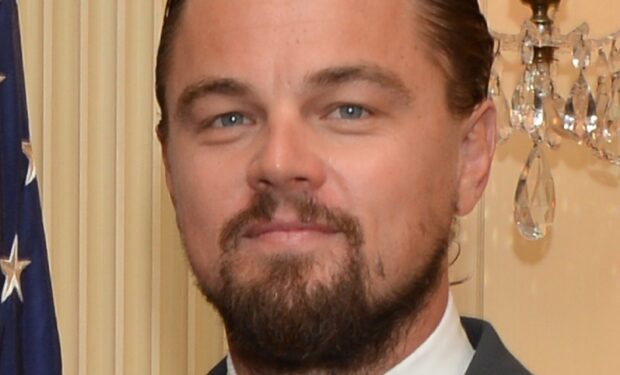 Super billionaire Amazon founder Jeff Bezos and his helicopter pilot girlfriend Lauren Sanchez are busy trying to save the environment, and when you’re busy trying to do that, you usually run into Hollywood legend Leo DiCaprio — because Leo has been concerned about the planet since about the time of What’s Eating Gilbert Grape.

Anyway the footage below shows three of the most powerful people on the planet they’re trying to protect, and Ms. Sanchez seems — we can’t know — she seems rather smitten with Mr. DiCaprio. That is, if getting really close and making indisputable googly eyes still qualify as smitten. Some in the comments thought she seemed more ravenous than smitten, but splitting hairs really.

It sure does seem, too, that DiCaprio has some experience in this arena — he barely seems to notice, unless the getaway he makes is a sign that he has. You know, everybody, even Hollywood royalty, get mad when their Amazon deliveries take forever — and Leo sure doesn’t want Jeff to start glitching his orders up.

9 million people have already lived the moment vicariously through Barstool Sports video, and many more will elsewhere. Will Bezos himself see what they all see? He must have seen something, because…this is a threatening response. It’s a joke threat. But…

Leo, come over here, I want to show you something… @LeoDiCaprio https://t.co/Gt2v9JZTNz pic.twitter.com/KqGLB839NI

Still, Bezos has reason to remain confident. He’s got a handle on things, it seems.