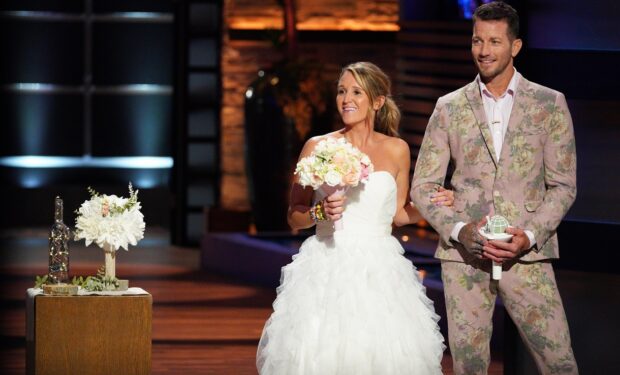 On Season 13 of Shark Tank, a husband and wife from Delray, Florida — Kelly Moynihan and Ryan Moynihan — have a bride in mind when they share “their boozy spin on an all-in-one traditional wedding day essential.” Their product is Flasky Flowers — it’s a hidden 12-ounce plastic flask (with a hidden straw) that holds beverages and bouquets of flowers.

The Moynihans have the good fortune of pitching in front of Kevin O’Leary who has invested in a wedding empire of businesses including Honeyfund gift registry, LovePop 3D greeting cards, and the convenient wedding dress slip Bridal Buddy (with Lori Greiner).

See how Kelly makes the Flasky Flowers product in her kitchen in the video above.