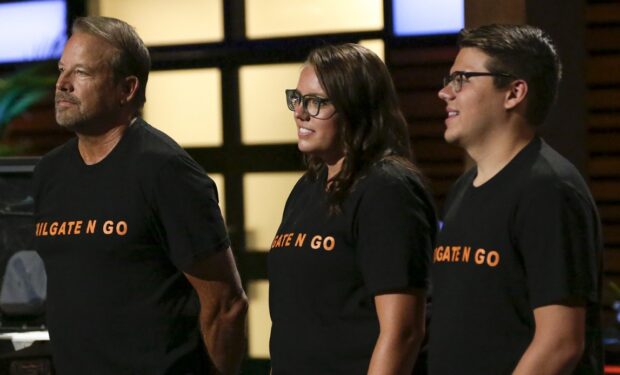 TNG is an acronym for Tailgate N Go, a portable outdoor kitchen in a box. The entrepreneurial family behind the TNG brand – father Ron, daughter Taylor and son Kobe Johnson — pitched their product on Season 11 of Shark Tank.

The Johnsons went into the Tank seeking an investment of $250,000 in exchange for 10 percent equity.

After turning down an offer from Kevin O’Leary the Johnsons accepted a last-minute offer from guest Shark Matt Higgins: $250k for 20 percent equity and a $50 per unit royalty until he gets his money back.

Since Shark Tank (the episode originally aired in October 2019), the Johnsons have been spending time with their investor Matt Higgins, who not only helped the family land a licensing contract with the NFL and all of its 32 football teams but he also brought the fam to the Super Bowl in Miami!

Shark Tank episodes are re-airing on ABC on Saturday at 9 pm.