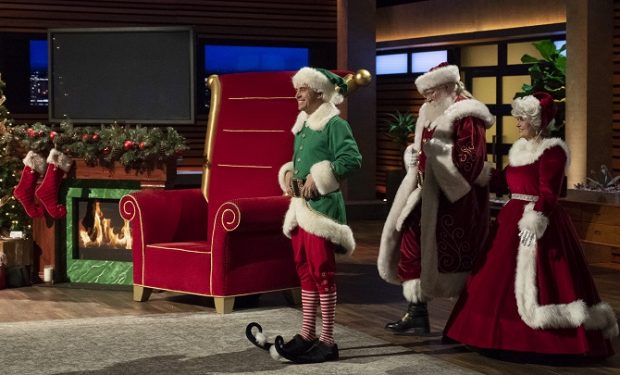 Hire Santa is a database-driven company that helps people hire Santa Claus during the holiday season. The entrepreneur behind Hire Santa, Mitch Allen of Southlake, Texas, pitched his business on Shark Tank in an episode that aired in December 2018. He went into the Tank seeking an investment of $200,000 in exchange for 10 percent equity.

Allen received an offer from Kevin “Mr. Wonderful” O’Leary ($200k for 50 percent) but ended up accepting Barbara Corcoran’s offer of $200k for 10 percent with the condition that Hire Santa pays back the investment with 50% of the profits. [Related: 27 Favorite ‘Shark Tank’ Products at Amazon]

One year after the Shark Tank episode aired, in December 2019, Barbara Corcoran attended a Hire Santa audition at Bloomingdale‘s in New York City — watch the update video above.

Posted by HireSanta on Tuesday, December 4, 2018

If you’re looking to hire Santa for the 2020 season — which is just six months away! — Allen suggests booking now, especially if you want Santa to show up at your event on a Saturday! Hire Santa professionals also “make special home visits and appear at company events throughout the US.”