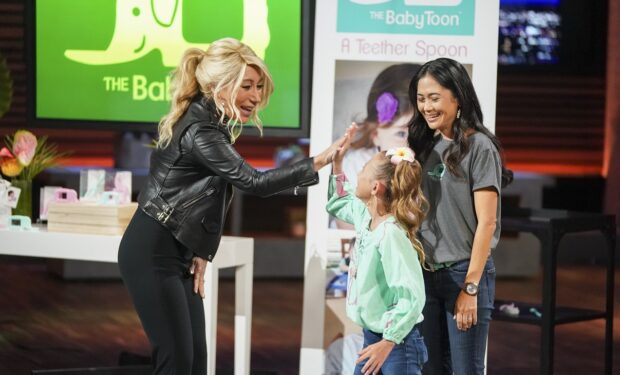 Baby Toon is a soft silicon spoon designed for babies and toddlers and doubles as a teething toy. The 10-year-old inventor of Baby Toon, Cassidy Crowley (and her mom Lori Crowley of Honolulu, Hawaii) pitched the product on the Season 11 premiere episode of Shark Tank, which originally aired in September 2019.

Cassidy went into the Tank seeking an investment of $50,000 in exchange for 50 percent equity and got exactly what she asked for from the Queen of QVC Lori Greiner.

After the episode aired, Baby Toon announced that it became part of Munchkin, Inc. The California company was founded in 1991 by Steven B. Dunn and designs, develops, manufactures and distributes infant and toddler products.