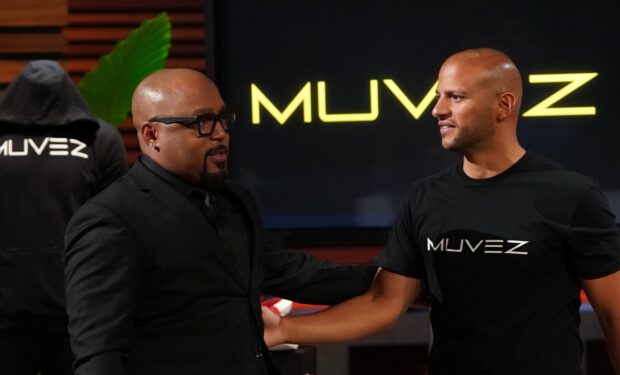 The shoe comes with two soles: one for indoor slipper usage, the other for the outdoors.

On the show, Muvez — the company “dedicated to reinventing the house slipper into a favorite sneaker” –accepts a $200,000 investment from fashion retail guru Daymond John in exchange for 25 percent equity.

Since the Shark Tank episode first aired in April, Muvez has been busy promoting their product with celebrities including The Real Housewives of New Jersey star Dolores Catania and NBA basketball player Langston Galloway.

The company has also been providing product to local first responders during the coronavirus pandemic. [Related: 27 Favorite ‘Shark Tank’ Products at Amazon]