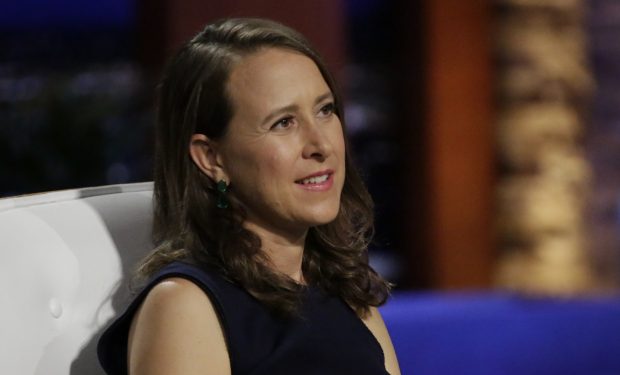 On Season 11 of Shark Tank, 23andMe co-founder and CEO Anne Wojcicki joined investors Mark Cuban, Kevin “Mr. Wonderful” O’Leary, Lori Grenier and Daymond John as a guest Shark. In addition to running the personal genomics company in Silicon Valley, the 46-year-old multi-millionaire is also a mother of three children including a baby.

When Wojcicki attended the Makers Women Conference in February, she shared the stunning breastfeeding photo above and thanked everyone for “embracing my baby” and being so supportive.

As one fan wrote: “Stunning photo – strong statement! love this!!” Check out that red, thigh-high double-slit dress in the video below.