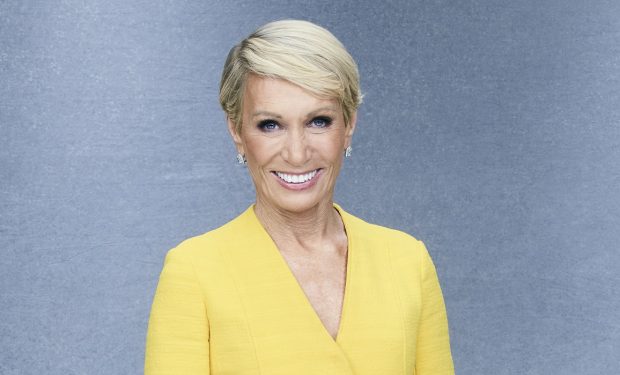 When the petite blonde celebrated her 71th birthday, she shared the photo above with the captioned: “71 today and still kicking!”

That photo of Corcoran lying in a coffin, in a gorgeous pink strapless gown by Carolina Herrera and a pair of silver stilettos, is actually from her 70th birthday party. She surprised her guests (including fellow Sharks Mark Cuban, Daymond John, and Robert Herjavec) by having a funeral-themed party. Watch the reactions in the video below.