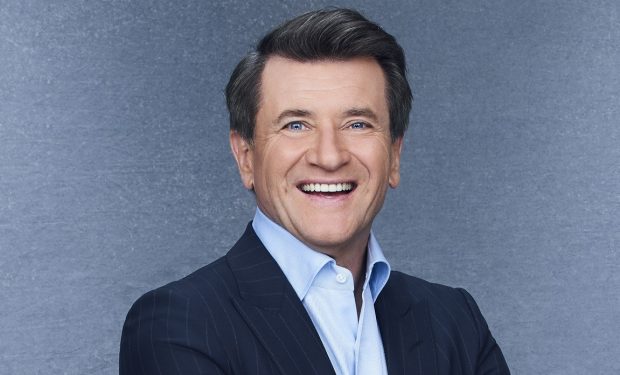 Robert Herjavec is the Croatian-born Canadian multi-millionaire on Shark Tank. When not on the show, he spends time with his gorgeous wife and former Dancing with the Stars pro partner Kym (nee Johnson) Herjavec. [Related: 27 Favorite ‘Shark Tank’ Products at Amazon for Holiday Gifts]

The 57-year-old Shark became a father again when Johnson had twins in April 2018 – a boy named Hudson and a girl named Haven.

On Thanksgiving Day, Herjavec expressed his gratitude and posted family photos including one of the twins wearing matching onesies and bibs by Burberry. (The three-piece gift set comes with a hat, though the hats are not included in the Herjavec family photo.)

New episodes of Shark Tank air Sundays at 9 pm on ABC. It’s in its eleventh season!