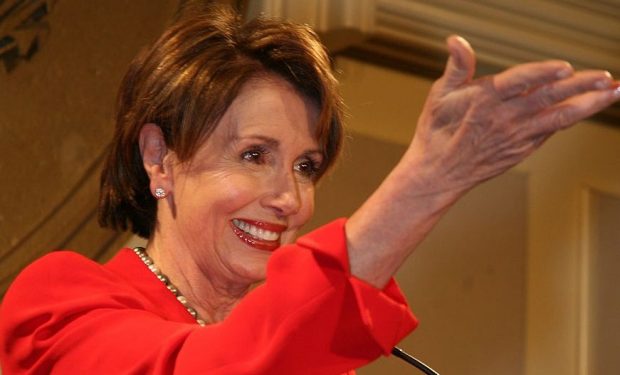 Rep. Rosa DeLauro (D-Conn.) ripped into President Trump‘s “egregious” conduct past and present, issuing a statement focused on the recent whistleblower scandal and Trump’s alleged quid pro quo with a foreign government to investigate his rival Joe Biden. DeLauro, a House member for 28 years, called the investigation a “matter of grave urgency.”

DeLauro is an ally of House speaker Nancy Pelosi, who has stalwartly resisted calls to impeach Trump, likely fearing that impeachment proceedings will only empower a president who likes to portray himself as a victim, constantly under unwarranted attack by his enemies.

But DeLauro’s statement, which includes the paragraph below, seems to further corner Pelosi, whose resistance to impeachment must be wearing down against Trump’s repeated flouting of conventions and — it appears — constitutional limits. DeLauro says the behavior — if accurately described — is “a reckless abuse of power that put his own interests ahead of those of the American people.”

“President Trump is continuing to test the bounds of our laws and our Constitution. No President of the United States should use their position to insist that a foreign leader investigate one of his political opponents—let alone withhold Congressionally appropriated foreign aid for such purposes. This represents a new chapter in Trump’s egregious conduct, one that is based on actively interfering with the 2020 election rather than his past misconduct around the 2016 election. If these findings are true, they are a reckless abuse of power that put his own interests ahead of those of the American people.”