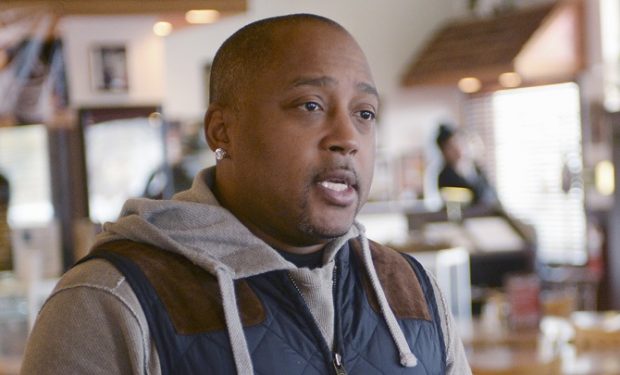 Daymond John on Shark Tank Beyond the Tank (ABC/Donald Rager)

Daymond John is known for starring on Shark Tank and as the founder, president and CEO of FUBU, the hip hop clothing line he launched in 1992 out of his mother’s house in Queens, New York. (And he launched it while waiting tables at a Red Lobster.)

FUBU (For us, by us) has earned more than $6 billion in global sales. Since joining the cast of Shark Tank, John launched The Shark Group, a brand management and consulting firm in Manhattan, has become a public speaker, and has written four books.

John owes a lot to rapper LL Cool J, who in 1999 performed in a GAP commercial and not only wore a FUBU hat but also incorporated the phrase “For Us, By Us” into his rap lyrics. (LL Cool J was from Daymond John’s Queens neighborhood.)

Twenty years later and John is singing his own rap song, “Rise.” It’s a song of inspiration. John is heard saying/rapping, “I never met a strong person that had an easy past. Don’t tell people your dreams, show them to them.”