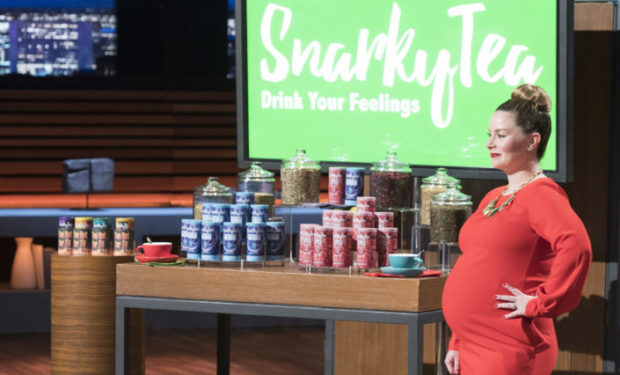 SnarkyTea is a line of teas “laced with attitude.” There are six SnarkyTea flavors available including “Get Your Sh*t Together” with green tea, ginger root and lemongrass, and “Calm the F**k Down” with green rooibos. The entrepreneur behind SnarkyTea, Jenni-Lyn Williams, pitched her beverage business on Shark Tank in November 2017. She went into the Tank seeking an investment of $150,000 in exchange for 25 percent equity. She left with a deal with Kevin O’Leary and guest Shark Bethenny Frankel, who turned her Skinnygirl cocktail business into a $100 million food company which includes K-Cup tea! They agreed to invest $150k but for 50 percent.

[SnarkyTea is on sale at Amazon]

Since Shark Tank, Snarky Tea is now offering a subscription service for repeat customers called the Snarkbucks Loyalty Program, and is seeking female reps to sell SnarkyTea to friends and family from their homes (like Tupperware parties). Kevin O’Leary has been doing his fair share in promoting Snarky Tea too (see below). New episodes of Shark Tank air Sundays at 9 pm on ABC.