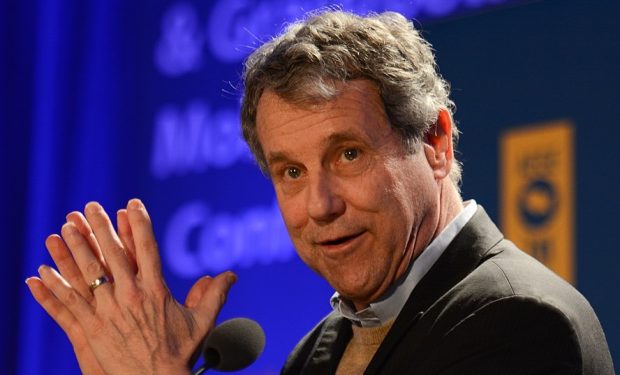 With the leftward lurch of the Democratic party, Ohio Senator Sherrod Brown‘s shrewd presence in the 2020 race should remind voters that centrist Hillary Clinton actually won the popular vote in 2016, despite having more baggage than an O’Hare carousel at Thanksgiving. Wouldn’t that lead the smart money to think her approach — if not her persona — had legs? That seems to be what Brown thinks as he treads carefully around the Lefty lurch sponsored by rookie representative Alexandria Ocasio-Cortez and veteran senator Bernie Sanders, among others.

For now Brown, a 3x winner in his Ohio Senate runs, seems content to let other Dems debate ambitious pushes like the Green New Deal that plenty of other Dem POTUS hopefuls are backing. Brown is also withholding support from Medicare-for-All ideas, saying that he doesn’t “need to co-sponsor every bill that others think they need to co-sponsor to show my progressive politics.”

With no leader yet in the Democratic field, there’s time for Brown to play the long game. And speaking too early — see Cory Booker on Jussie Smollett — offers as many dangers as speaking too late. Brown is expected to officially enter the race soon, springboarding off his Dignity of Work Tour. He has appeal in places Clinton didn’t, and he’s as viable a candidate as any running — experience, progressive bona fides (especially with unions), and proven popularity in Ohio, which looks increasingly red and where Clinton dropped the ball.

Brown’s approach is as much cautious as centrist. He appears confident that he doesn’t need to travel down a trail that ultimately left Bernie Sanders out in the cold in 2016. Brown has acknowledged the need for “aggressively addressing” climate change but that doesn’t mean he wants to lay down on the tracks as the politically dangerous Green New Deal zooms by. When it comes time for the real battles to start, Brown clearly would rather be clean than green.

This is exactly why we need to do away with Trump’s tax scam and replace it with a tax code that incentivizes corporations to invest in their workers, while keeping jobs in the U.S.