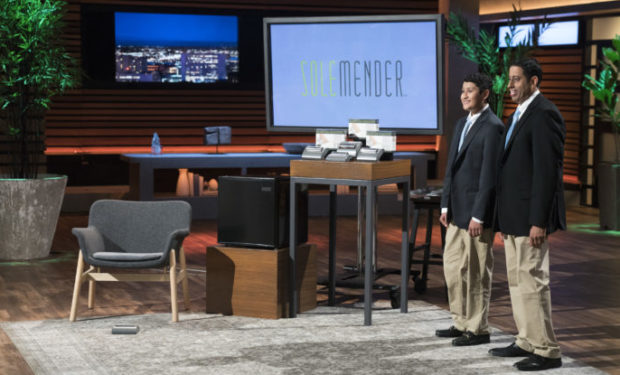 SoleMender is a cooling roller device designed to relieve foot pain, especially painful plantar fascitis and rheumatoid arthritis. It’s a simple and effective design: a stainless steel roller which is kept cold in the freezer is placed into a secure base. The user then rolls his or her bare foot over the roller. The inventor of SoleMender, 17-year-old Ehan Kamat from St. Louis, Missouri, pitched his business on Shark Tank in October 2017. Kamat and his father Vinay Kamat went into the Tank seeking an investment of $75,000 in exchange for 10 percent equity. The Kamats didn’t leave with a deal but Ehan did receive “sage advice” from guest Shark Alex Rodriguez and billionaire Mark Cuban. 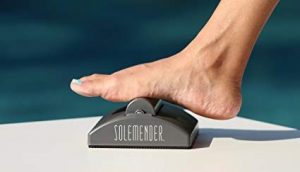 [SoleMender is on sale at Amazon]

During his Shark Tank pitch, Ehan mentioned that he wasn’t convinced that he needed to go to college.  Rodriguez and Cuban suggested otherwise. One year later and Ehan is now a freshman at the University of California, Berkeley studying Business and Entrepreneurship. As Cuban predicted, Kamat is selling Solemenders out of his dorm room. New episodes of Shark Tank air Sundays at 9pm on ABC. [27 Favorite ‘Shark Tank’ Products at Amazon — New List]