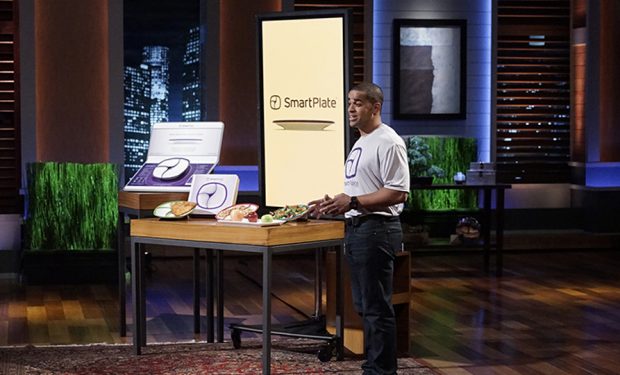 SmartPlate is a plate that uses photo recognition technology to identify, weigh, and analyze food. It is an alternative to manual calorie counting for dieters. Salesman Martin Dell’Arciprete of Philadelphia pitched the prototype on Shark Tank in February 2016. He went into the Tank seeking an investment of $1 million in exchange for 15 percent. All the Sharks agreed it was too early to invest as Dell’Arciprete was not able to demonstrate the embedded-camera technology yet. Plus, when Dell’Arciprete told the Sharks it would retail for $199, Kevin O’Leary said that was “crazy.”

[Healthy Portions’ Portion Control Plates are on sale at Amazon]

Since Shark Tank, SmartPlate CEO Anthony Ortiz announced that the company raised $1.2 million and was partnering with Bed Bath & Beyond, Jet, and Target. The SmartPlate comes in three colors — Pearl Black, Ocean Purple, and Arctic White — but it’s not quite ready yet to purchase. According to the Indiegogo campaign, which raised $152,213 in January 2017, SmartPlate has had “some manufacturing issues that developed during the latest quality testing.” They hope to ship out orders this holiday season (November/December 2018). New episodes of Shark Tank (Season 10, 2018) air Sundays at 9 pm on ABC.